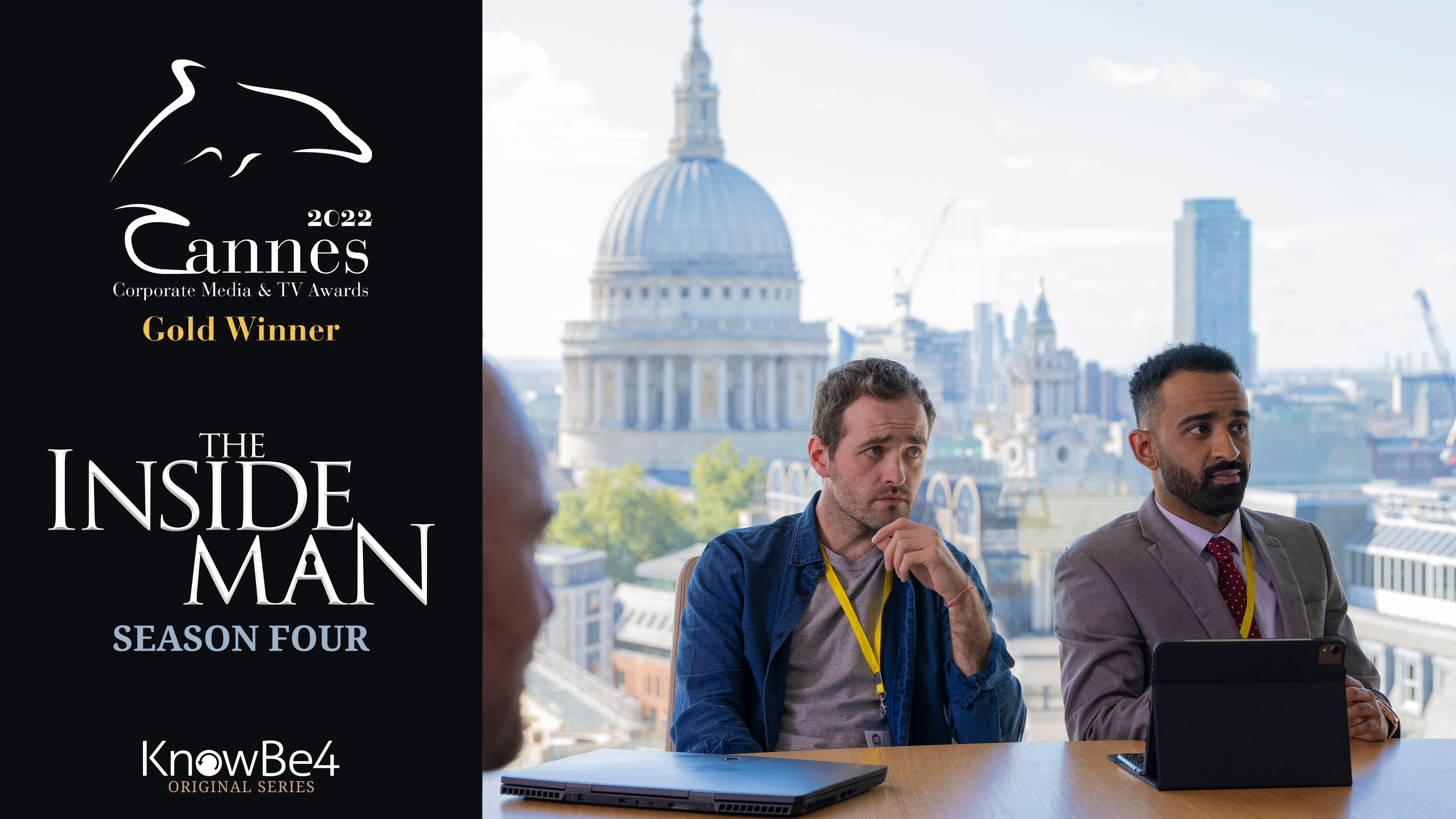 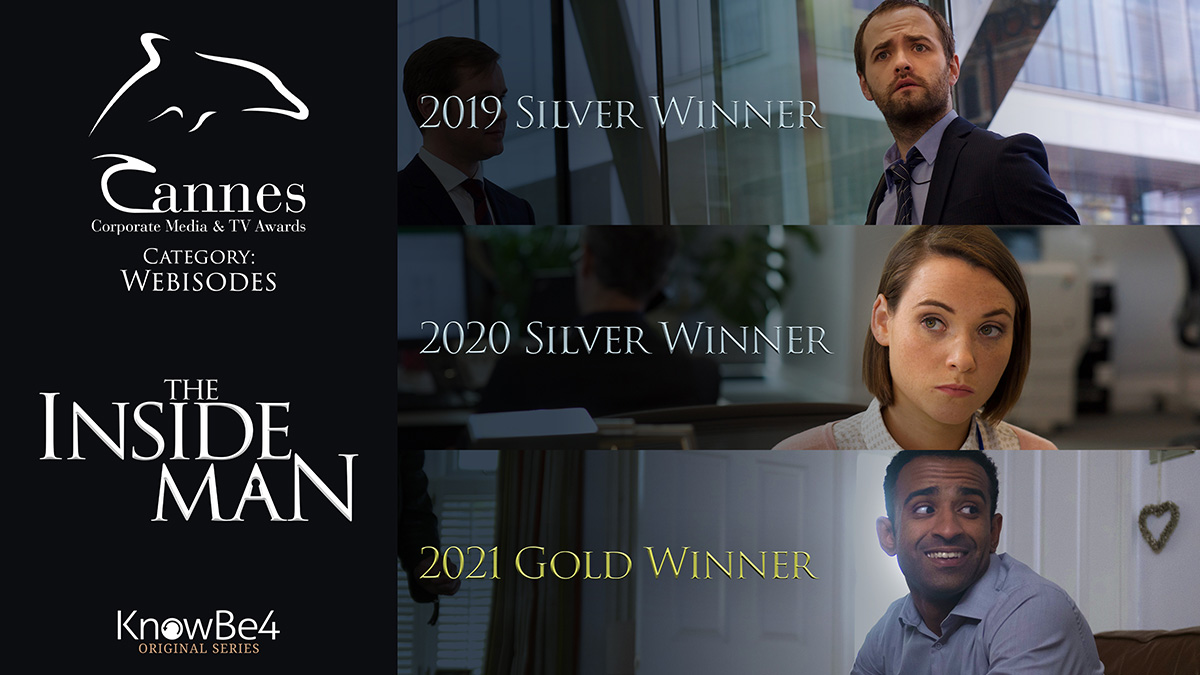 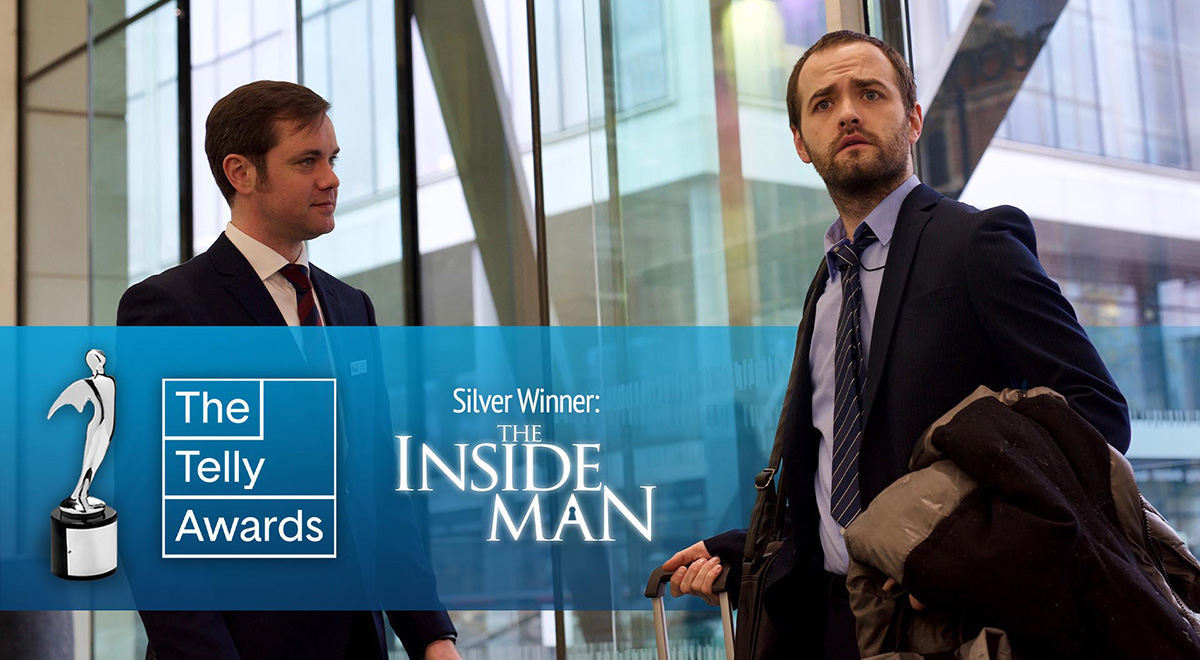 Awards for The Inside Man

Since it launched in 2019 The Inside Man has won some international awards showcasing its ability to stand shoulder to shoulder with the best, not only in the security training arena but in TV production.

Press Coverage for The Inside Man

The Inside Man has been garnering interest from the international cybersecurity and information technology press since Mark and the gang first hit the KnowBe4 Modstore. Each new season brings greater, more diverse media coverage, reflecting the ambitious production values, continually evolving storyline and exquisitely developed cast of characters.

“Helicopter rides, the threat of an exploding gas pipeline, a sinister underground criminal group and complex romance and family problems – you could be forgiven for thinking I was discussing the plot of a James Bond movie. Remarkably, this is a reference to a cybersecurity awareness training video that I had the pleasure of witnessing last week.”

“Its latest project, Netflix-style episodic security thriller The Inside Man, possibly ranks as its most ambitious yet, and the people who commissioned it, security training firm KnowBe4, enjoyed the first season so much they not only asked for a sequel, they bought the company.”

Is this Netflix-style thriller the future of security training?

“I gotta say – this series is a blast! Sure, it’s educational but, I confess, I watched each episode to see what happens next. There is no “dry” teaching in this series but learn you will!”

“In keeping with that, the video storyline features office workers making potential blunders that could lead to breaches and cyberattacks. It also touches on the human cost of cybercrime. There’s a high-energy musical score and camera angles that capture the fast pace of the action, so it resembles a spy thriller.  No other cyber security training company has taken this approach, Sjouwerman said.”

Reviews for The Inside Man

“I sign-in to my account. It’s 7:30, and I’m excited to see what happens next to the lovable lead, by the mysterious American villain, in front of the utterly forgettable staff. Except… It’s 7:30 am, not pm. I’m at work, not on my couch at home. Signing into my laptop, not Netflix. About to watch a security training video, not Sherlock.”

“And they totally got me! I don’t know when exactly I got attached to the characters or the plot, but boy was I sad when the training session ended. Like – legitimately sad that there wasn’t more. What’s worse, is I accidentally learned a bunch of stuff from it!”

“The 12-episodes run for 80 minutes in total – it’s a production-quality piece of work – and I watched them one after the other. All in one afternoon – when I should have been doing something else. That’s the highest kudos I can offer.”

The Inside Man – by KnowBe4 – Michael Sampson

We suspected the Inside Man series was building a considerable fan base but we had no idea of the scale and intensity until the launch of Season 4 and a unique competition:

Knowbe4 launches contest for The Inside Man’s biggest fan